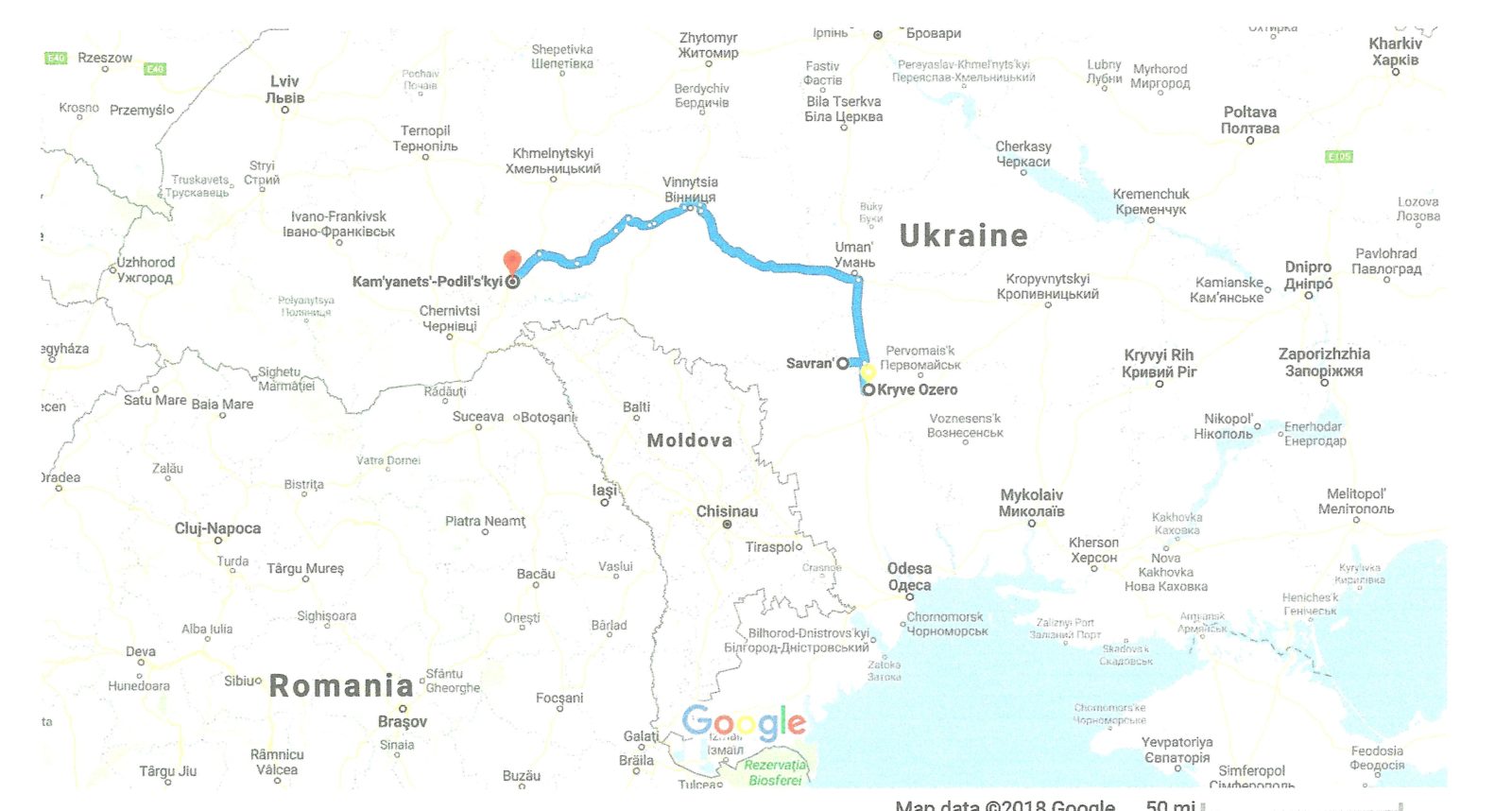 Krivoye Ozero in Google Maps can be found here. Use the usual Google Maps tools to zoom in and out to see the names of other relevant locations, such as Kamenets Podolsk and Savran (43 kilometers away and the home of Lazar Saitz, the person to whom Harry Challov was going when he immigrated to the US in 1907).

Based on records such as ship manifests and Petitions for Naturalization, we learn that Harry and Ida were from Krivoye Ozero, Mykolaiv Oblast, Ukraine (“Krivizer” in Yiddish); it is likely that Mollie was from there as well, but I haven’t found documentary confirmation.  The region was then known as Kamenetz Podolsk/Podolia.

KRIVOYE OZERO, in Odessa district, Ukraine. Only nine Jews were found there in 1765, but a Jewish community was established during the first half of the 19th century that numbered 1,116 in 1847 and 5,478 (70% of the total population) in 1897. At this time most of the stores in the town belonged to Jews, and the majority of artisans were also Jewish. Two Jewish colonies were in the vicinity. The Jews of Krivoye Ozero suffered severely in pogroms during the Civil War. On May 24, 1919, the area was attacked by a band of Ukrainians, who killed 300 Jews within several hours. In the same year, the soldiers of the Volunteer Army of General *Denikin struck twice, the first time killing 280 Jews and the second (end of December 1919) a few hundred more. The townlet was then abandoned by the majority of its inhabitants, who returned after the Soviets took the town in 1920. In 1926, there were 3,917 Jews (c. 94% of the population), and in the late 1930s dropped to 1,447. Many Jews worked in cooperatives and in a butter factory. There was a Yiddish school with 300 pupils, and a library with a large Yiddish collection. Instead of the colonies, a Jewish kolkhoz with 180 members operated until World War II. The Germans entered the town on September 2, 1941, and three days later 52 Jews were murdered. After the town was included in Romanian Transnistria, some hundreds of Jews were brought from Bukovina. In December they were confined within a ghetto; 184 Jews were killed in October, and 228 local Jews were murdered in January 1942. In late 1943 there were still 624 Jews in Krivoye-Ozero who probably remained alive until the liberation on March 29, 1944.

From the Jewish Virtual Library http://www.jewishvirtuallibrary.org